Greetings everyone!
The first major update of Season 4 has arrived and with it comes a new system and the largest event to date. This post will go over the most noteworthy additions and changes. I recommend everyone check out the updates on the server themselves!

TABLE OF THE AESIR 💎

The Table of the Aesir is a system that allows you to customize your Heirloom tool. Once you reach the in-game rank Earl, you will be able to access this special table in the forge building in spawn. All Heirlooms that have the Legacy, Event, Epic, or Legendary tier can be fully upgraded.

Inside the table, you will be able to upgrade your heirlooms all the way up to enchantment level 20. This serves as an end-game system for players who wish to maximize their tools and weapons

You can learn more about this on the wiki: https://wiki.mineraze.net/table-of-the-aesir

The summer event is now live and will be available until July 20th. This gives you 20 days to complete all the event objectives and earn all of the exclusive rewards.

ISLE OF THE DEAD 🌴

The summer event features a brand new open-world dungeon map. The Isle of the Dead. This is a dangerous island with a dozen new custom-modeled monsters. On the island itself, you will find a village with merchants where you can preview and purchase some of the summer items.

Nearby you will find a jungle full of new wildlife creatures including Tigers, Jaguars, Panthers, Pythons, Crabs, Turtles, Monkeys, Toucans, and many more creatures. They may look innocent, but watch out, they are not friendly to outsiders.

On the island, near the Volcano, you will also find the Tomb of Secrets. This is a new mini-dungeon that you can enter at any time. Using the new dungeon technology first introduced with the new season, this tomb is filled with traps, puzzles, dangerous tomb creatures, and other gimmicks for you to overcome.

If you manage to survive the tomb and get to the end, you will find yourself a treasure chest full of silver, gold, and a summer crate which you can claim once.

The Isle of the Dead and its surrounding waters are filled to the brim with treasure and rewards. Explore the island and the ocean, and see if you can find them all. Specifically, there are four major treasure chests hidden on the island, with one of them being inside the Tomb of Secrets as mentioned above.

There are also 30 Golden Skulls scattered around, and clicking each of them awards you with some of the event currency and in-game money. If you manage to find all 30 of them, you will be awarded a Summer Crate.

Every 4 hours on the server, Tortilla the Turtle God will spawn on the main beach of this island. This is indeed a God and is therefore difficult to kill, but if enough players group up, this is a feat you will be able to overcome. All participants who survive the fight will be awarded a Gold Coin, which is used to purchase summer items. You can find a countdown timer to the boss spawn on the island itself.

A total of 15 new event quests have been added for this event. They range from simple quests where you have to break some summer-related blocks such as melon and sand, to catching and spearing fish. You will also find several quests taking place on the Isle of the Dead, where you must hunt specific creatures either the Wildlife in the Jungle, the Sea Creatures in the Ocean, or the dangerous Pharaohs inside the Tomb of Secrets.

You can check out the quests in-game by typing /quests and navigating into the new Summer Quests category.

Naturally, this Summer Event also comes with dozens of new exclusive rewards you can earn. It is recommended you preview the items in full in-game on the server either by going to the crates area in spawn and inspecting the Summer Crate, or venturing to the Isle of the Dead. Here is a quick rundown of some of the most noteworthy new rewards.

These items are very powerful and will be highly sought after. They also come with special abilities allowing you to master the ocean.

This event also features 3 brand new loyal companions for you to earn. Two of them can also be utilized as a mount, allowing you to ride them.

Monkey - The monkey is a brand new and exclusive combat pet. It may look cute, but is also dangerous as it will throw bananas at your enemies dealing a large amount of damage!

Spawn of Tortilla - This is a new pet that will accompany you on your journey, and if you so choose, you can also mount the turtle and ride it around.

Royal Spawn of Tortilla - This is a new pet that will accompany you on your journey, and if you so choose, you can also mount the turtle and ride it around. This royal turtle features a Crown fit for royalty as well as a throne for you to sit in. Have a look at the pets below!

The 3 players who kill the most creatures on the Isle of the Dead will also be awarded some extra bonuses. The winners will be found as the Summer Event concludes on the 20th of July. Happy hunting!

Check the leaderboard at the Summer Island, Isle of the Dead.

Since the release of the new season, several changes and fixes have happened. If you haven’t already, it is recommended you join Discord and check out the #change-log channel for day-to-day updates. With future major updates, the minor changes done in between major updates will also be listed.

That was all for today’s update! We’re happy with the support this new season has had so far, and we’re looking forward to making many great memories with you all this year and beyond. Many updates are planned, and as always, if you have any suggestions you can post them on Discord! 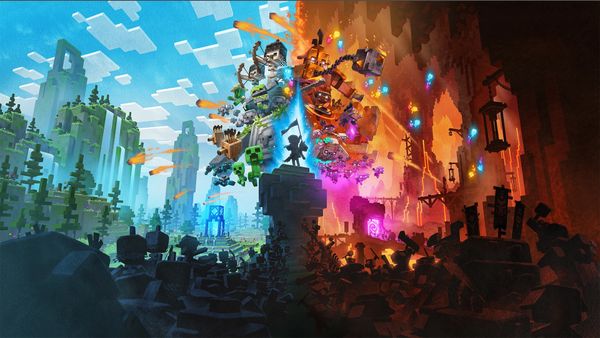 Server IP: play.mineraze.net Website: https://www.mineraze.net/ Discord: https://discord.gg/mineraze Store: https://store.mineraze.net/ Greetings everyone! The second major update of this season is now available, bringing the addition of Mythic Dungeons, a new crate, and much more. Make sure to read the post