Greetings, everyone.
The time has come to announce what’s next for the server. Since the start of this year, the development of a new project has been underway, and finally, it is ready to be unveiled to the public. Season 4: The Age of Vikings. Before asking any questions, please read the post in its entirety.

As you may have derived from the logo and the season title, the server will be shifting towards a Nordic mythology theme which means a complete overhaul of the entire server. This has been a huge undertaking, and I cannot wait to share more specifics about all the new features, content, and other changes that await you in the new season - there’s a lot, and you can already today find previews by going into the #sneak-peeks channel on Discord.

The new season will release next month, at a to-be-announced date and time, but more urgently, the servers will be going offline roughly 2 weeks from now, on May 20th, allowing me to finish everything and move all the new features and content to the production servers.

While we do not have much more information to share about this today, we know that the question that always follows with such an announcement is "what will I keep?". Here is a rundown.

What is transferred to the new season? 🔐

Some of you may be unaware of what the season vault is. Essentially, it is a vault that is open now which allows you to transfer a specific amount of your custom items into the new season. The amount you can move depends on your highest achieved rank. You can find the vault at /spawn

Erebus/Gladiator = 1 item can be transferred.

Aether/Bastian = 2 items can be transferred.

Primordial/Pristine = 3 items can be transferred.

Prestige 3 = 4 items can be transferred.

You may also have noticed that a lot of the newly introduced items in 2022 have had a tag saying they are vaultable. This was for this exact purpose, which means you can vault all your Valentine, Saint Patrick’s Day, and Easter Event items. There are also some other items that are vaultable too besides the event items. The full list can be seen below.

Please note that for balancing purposes, these items will have their powers slightly reduced with the beginning of the new season. This is to ensure a reasonably equal playing field for all players, veterans, and newcomers alike, but they will definitely give you a good head-start to your adventure, without making the new items have no value to you. Oh, and they will certainly be collector's items too, as next year's events will feature new items with new models.

There is only one vault allowed per player. If you have multiple players in your household, make a ticket on Discord prior to using multiple vaults. If you use alternate accounts to move additional items, none of your vaults will be moved and you will be subject to additional penalties.

Available now are also several pre-season rewards that can only be obtained these next 2 weeks until Season 3 concludes.

A new figure has appeared in spawn! The Seer, a denizen of the Nordic world. Complete his quest to unlock an exclusive rare-tiered Goat Hunter's Armor Set and Weapon in the new season. These items will never be obtainable again and will hold much value in the new season. Here is a preview of the gear.

There is also another Daily Quest available, allowing you to earn 5 Crowns every day, which you can spend on store goods once you reach the required amount. Or sell them to other players, they will surely be in high demand!

You can find the quests in-game by typing /quests and going into the Miscellaneous category.

There are also a series of rewards you can unlock simply by playing (or being logged on) the server during this pre-season period. They will be waiting for you to claim once the new season has been released. You can check your playtime with in-game with /playtime

I hope everyone is excited about this new coming adventure! Season 3 has been a blast, and I am confident that this new season will bring the server to new heights. Stay tuned for more information as we come closer to launch. 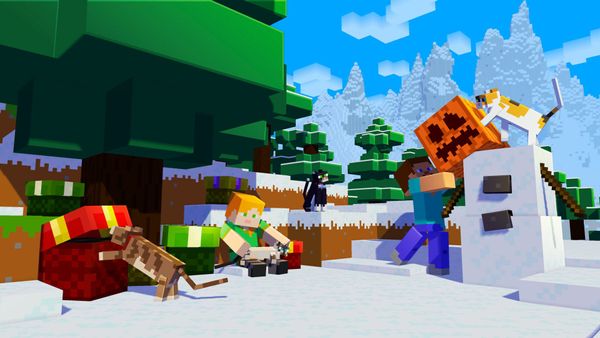